A new federal government inevitably signals change in public and private sector procurement – and government policy changes have historically left enterprises scrambling to comply. With Labor implementing two major policies affecting procurement, we wanted to have an early conversation to help procurement teams get ahead of the curve and prepare for changes well in advance.

We sat down with industry experts Lesley Skinner, Paul Hannan, Scott Alden and Justin Sara to examine two major Labor policies: the 10-Point Buy Australian Plan and the National Anti-Corruption Commission and the impacts they’ll have on procurement in Australia. 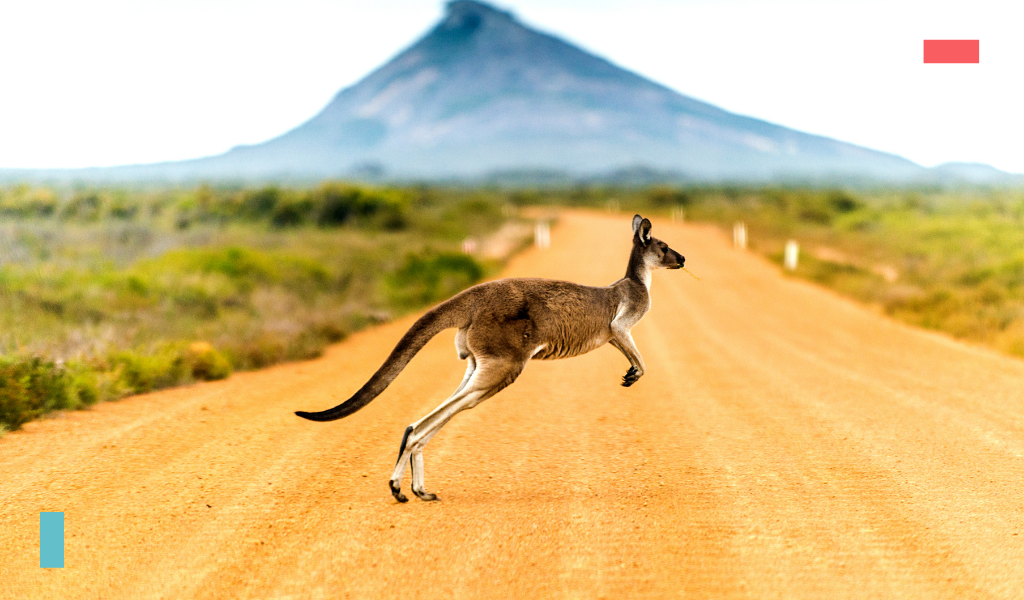 Labor propose a 10-point Buy Australia Plan including a $15 billion procurement program. The Buy Australia policy intends to hard code procurement through government rules with a focus on Indigenous procurement, SME procurement and supply chain resilience in a post-pandemic Australia. Policies can of course differ in theory versus practise, and the devil is in the detail, but this policy looks promising for Australian businesses.

With about $190 billion spent on government contracts in the past three financial years, the Labor government’s Buy Australia policy has the potential to drive economic recovery following covid-19. 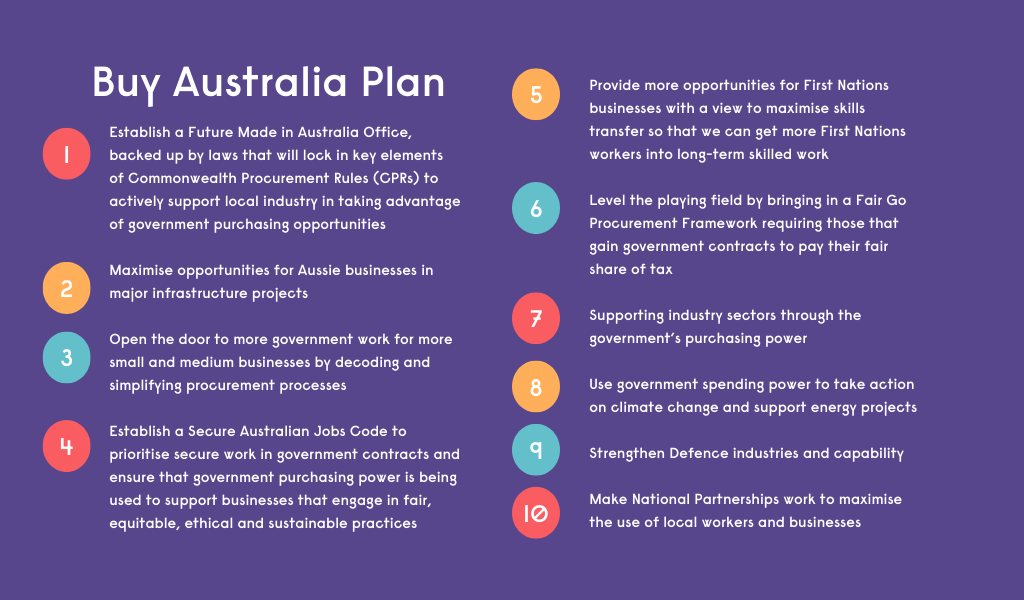 What challenges does the Buy Australia policy present for procurement teams?

While the Buy Australia policy looks promising for Australian enterprises, there will inevitably be challenges for procurement leaders. Some of the issues discussed in our webinar included:

“The government tends to bundle things up and build them into a size that becomes more on the radar of international players wanting to participate. Splitting procurement into sections means more administration needs to be done, but it could also mean it allows us to target SMEs while providing greater control over procurement and more resilience against that type of challenge.”

How do we make the Buy Australia policy more than a box-ticking exercise?

According to Lesley Skinner, we need to make Australia more viable as a procurement source by working with suppliers and industry groups. We must inform them how to participate, reach out, and explain what the government expects. Engaging and talking about limitations and helping them overcome roadblocks.

The National Anti-Corruption Commission has highlighted the need for greater record keeping among procurement departments. When enterprises need to recall the details and decision-making surrounding a tender from 18 months ago, the value of effective contract management and record keeping becomes clear.

“People underestimate the impact of corruption. The average value of fraud is in excess of $1 million.”

The reality is that corruption is caused by people – not machines. Enterprises must implement strategies to better manage their people and keep a tight leash on policies and procedures to ensure nothing falls through the cracks. It’s all about keeping a library of evidence to draw on in case you’re investigated.

“In South Australia and Western Australia, 50% of corruption reports are related to procurement.”

Just how common is corruption in procurement?

Most people are biased towards thinking they’re a low risk for corruption, but Justin Sara warns us that corruption and fraud are far more prevalent than we think. He claims that most enterprises don’t engage in anti-corruption training until after they’ve already been investigated because they just don’t believe it will happen to them.

“Don’t underestimate the frequency of fraud and corruption. Most people have a bias, thinking they’re low risk for corruption when in reality, it has a wide reach.”

What changes are we likely to see because of the anti-corruption commission?

According to Justin, we’re already seeing a shift of accountability in agencies, with senior management now being held accountable for anti-corruption operations instead of deferring to an integrity body. This has also resulted in a dynamic shift between workers and management, with things like mandatory reporting coming into play. Workers now expect greater accountability from their procurement leaders.

How to prepare for the Anti-Corruption Commission

Our experts talked about the practical steps procurement leaders can take to prepare for the National Anti-Corruption Commission.

“If someone’s hell-bent on doing something wrong, we’re going to struggle to stop it from happening. However, if we’ve got good systems in place to monitor the current processes, separation of duty and ensure due diligence work is done, we’re more likely to pick it up.”

Whatever the intent, whether maliciousness or laziness, if corruption has occurred at your enterprise, the Commission will be able to investigate. Scott Alden stresses that the Commissions will have strong investigative powers, but with the right anti-corruption measures in place, you won’t have much to fear.

“ICAC has long fingers in terms of investigation. If you’re engaging in corrupt conduct, they can find you. Understand what those powers are in the Commonwealth, and be ready. If you’re not doing the wrong thing, don’t be afraid, but you do need to understand and respect the ICAC and other investigative bodies.”

Thank you for connecting with us, one of the Portt team will respond to you shortly. 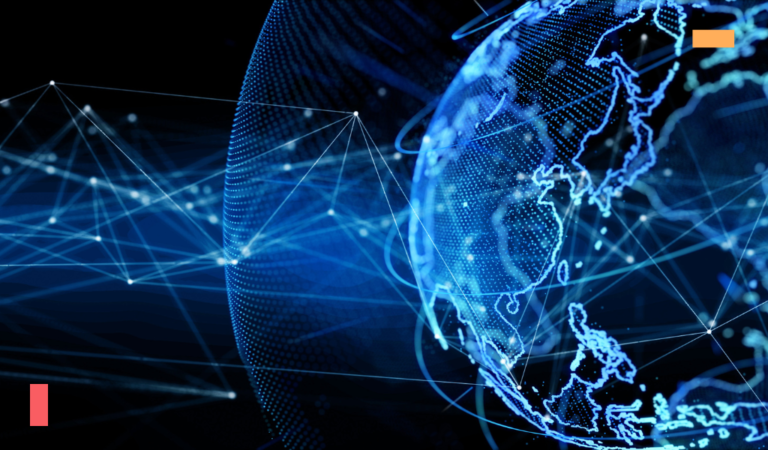 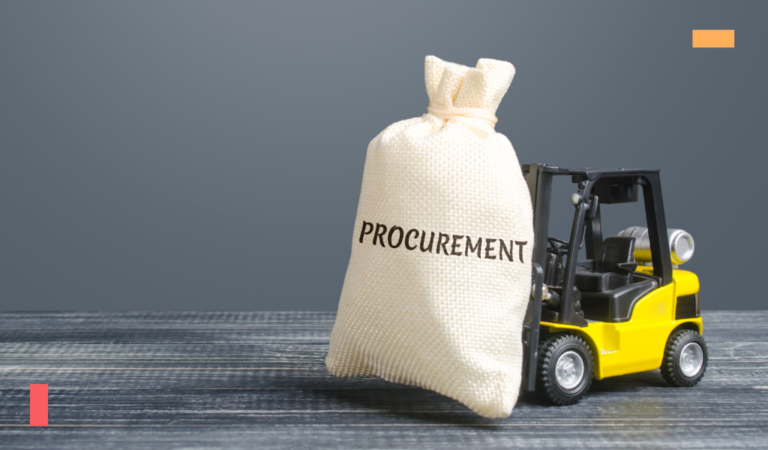